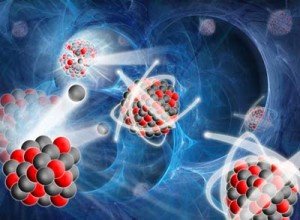 Senate Bill 6002: Recently I reviewed the energy and drinking water related bills passed during the last State Legislative session and signed by the Governor. One that caught my eye was a component of Senate Bill 6002, Operating Budget-Supplemental. This bill establishes a task force to study the use of nuclear power for regional energy generation. You can see from the 2013 fuel mix data that 10% of the PUD’s energy comes from Columbia Generating Station (CGS), the only nuclear power plant in Washington State.

Regional Controversy: You may have seen in the regional media recent controversy regarding value provided to the region by CGS. The group Physicians for Social Responsibility funded a study that concluded CGS does not provide economic value to the region and should be decommissioned. Three other CGS value assessments were made by Energy Northwest in conjunction with BPA, the global information company IHS CERA and the Public Power Council. These three reports all concluded that CGS adds significant economic value to the region. Since its inception, nuclear power has been a controversial and emotionally charged topic in part because it was developed from the same technology as the nuclear bomb; the fear of nuclear weapons has in some ways masked the benefits of nuclear power. Today the public remains largely misinformed about radioactivity, radioactive waste and what risk they really pose to humanity and the environment.

Personal Experience: As a former US Naval Officer serving aboard one of our nation’s nuclear powered nuclear ballistic missile submarines I have thorough knowledge and training of both nuclear power and nuclear weapons. In fact, like many nuclear submariners, I bunked between 2 nuclear missiles and less than 100 feet from an operational nu-clear reactor. My knowledge of nuclear power, including radioactivity, radioactive waste and the potential for nuclear accidents, has led me to conclude that nuclear power is the only long term, safe and reliable alternative to fossil fuel. It is the only non-greenhouse gas emitting energy source with the technology and capacity today to scale up and dis-place fossil fuel. France did it decades ago. The French still today rely predominantly on nuclear power.

Inform Yourself: If you want to learn more, an engaging new documentary is available on Netflix and elsewhere-titled Pandora’s Promise (visit pandoraspromise.com). It was created by environmentalists who, through investigation and education, have come to realize that nuclear power is the only feasible and safe means to meet man’s growing energy needs and to slow any threat of anthropogenic (human caused) global warming. I am pleased Washington State is making an effort to better understand how the proven technology of nuclear power can be better employed to meet our regional long term energy needs in an environmentally responsible way.